Tarragon is the secret ingredient in the honey-mustard coating for these quick-cooking turkey cutlets. It adds lovely licorice notes that elevate without overwhelming.

Our turkey cutlets were obtained at Zook’s Meats in the Newtown Farmer’s Market. Inquiring at their meat counter if they had any turkey cutlets, the woman showed Russ a fresh boneless, skinless breast and suggested she could cut it down for us however we wanted. And she did just that at no extra cost. 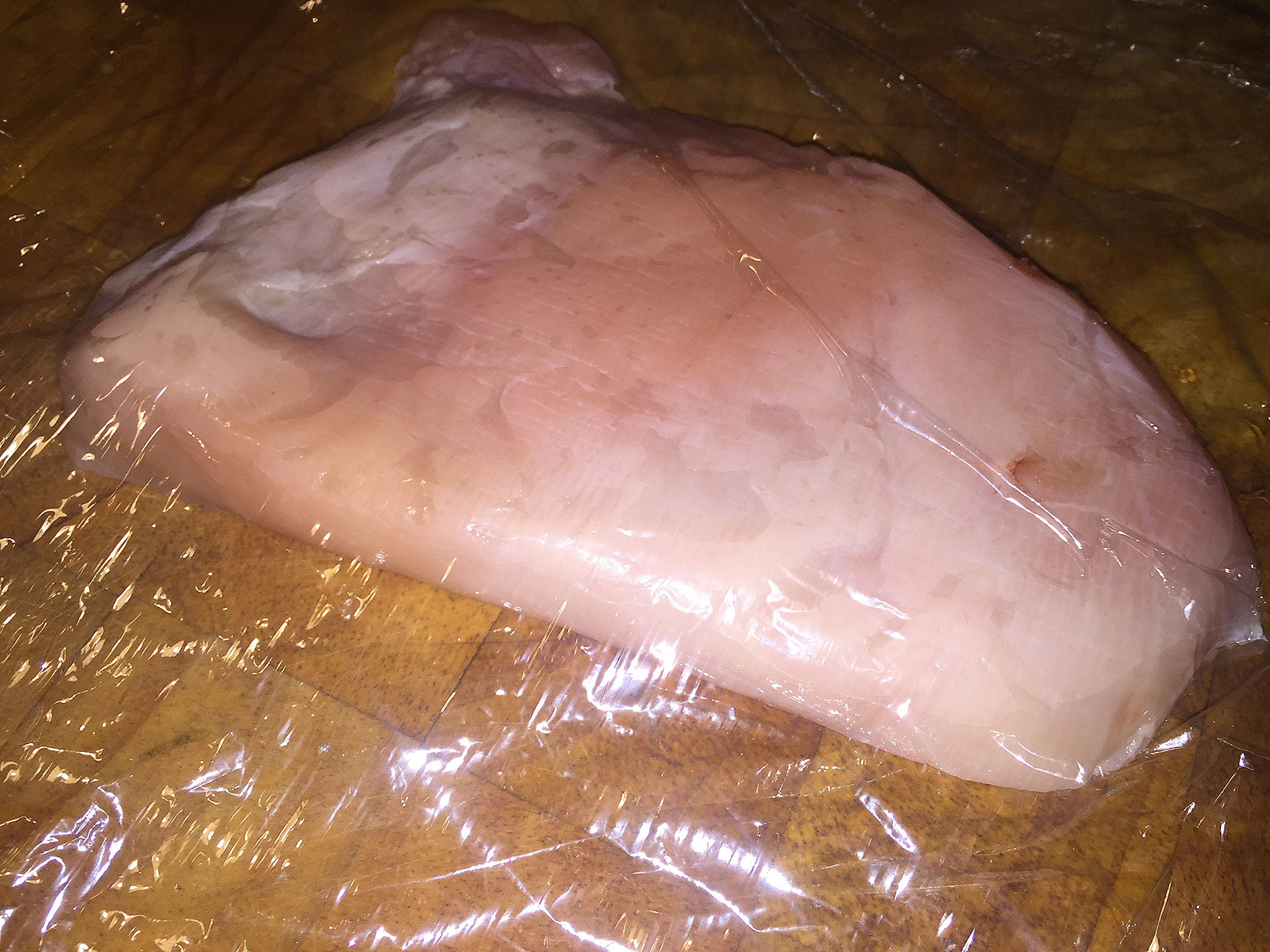 Each cutlet was placed between saran wrap and pounded thin. 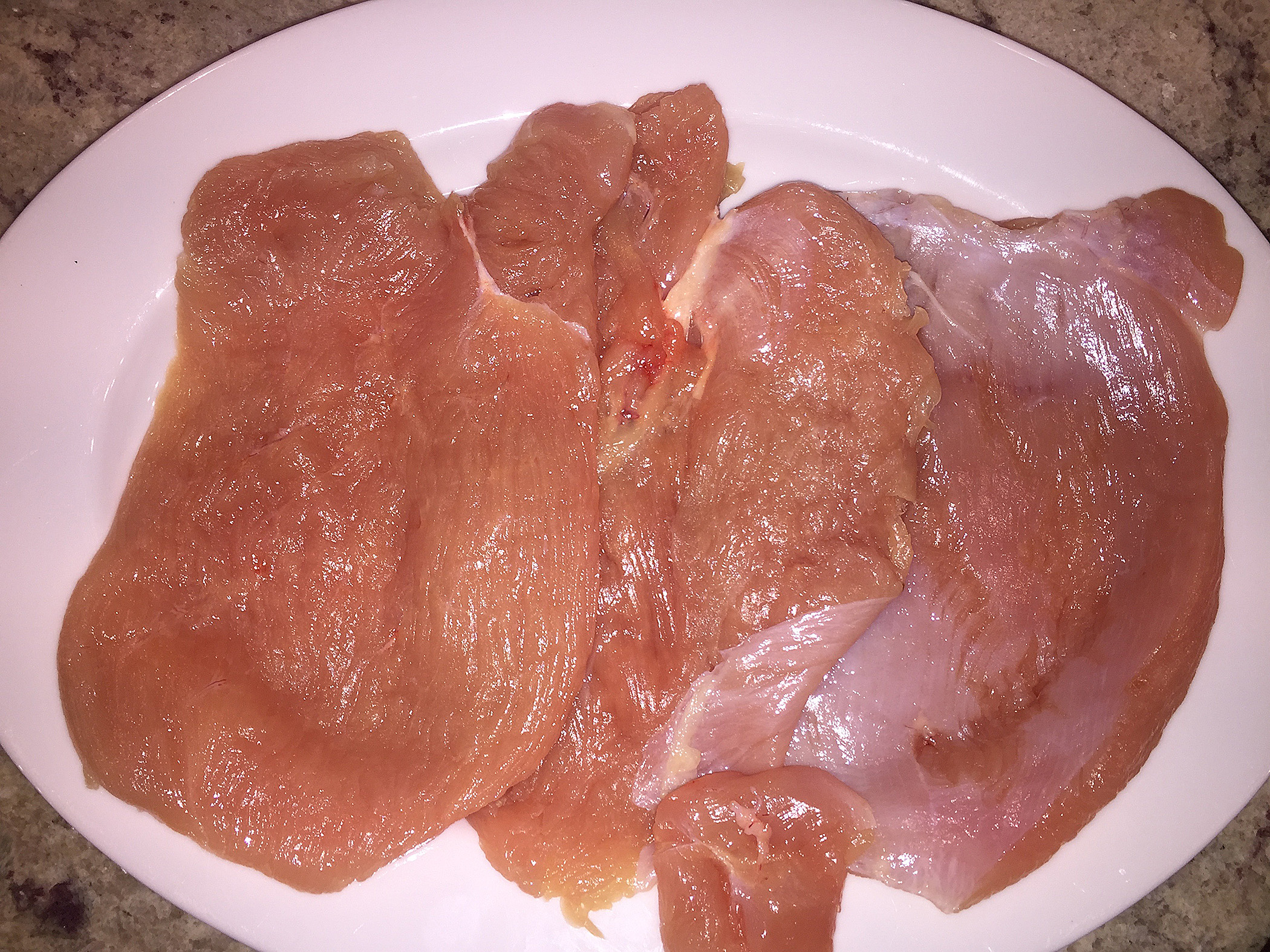 Once the cutlets were pounded, I realized they were too big and cut them in half.

I did still pound them down to about an 1/8″ thick. Then they were so large I cut each of three cutlets in half, producing six total. Unfortunately, I also had to make 50% more of the mustard marinade because the original amount only covered 4 pieces. We had enough tarragon growing in our herb garden so it was no bother to go out and cut some more.

To plate, we arranged a larger bed of the salad before placing the turkey cutlet on top. After which we crowned the meat with a smaller helping of salad. I knew I was going to like this dish based on the ingredients, but I wasn’t prepared for how much I did actually like it!

We had three cutlets left over, so the following evening (our usual leftovers night) I made more of the same arugula salad (love the peppery bite), slightly reheated the meat, and we had an instant dinner. 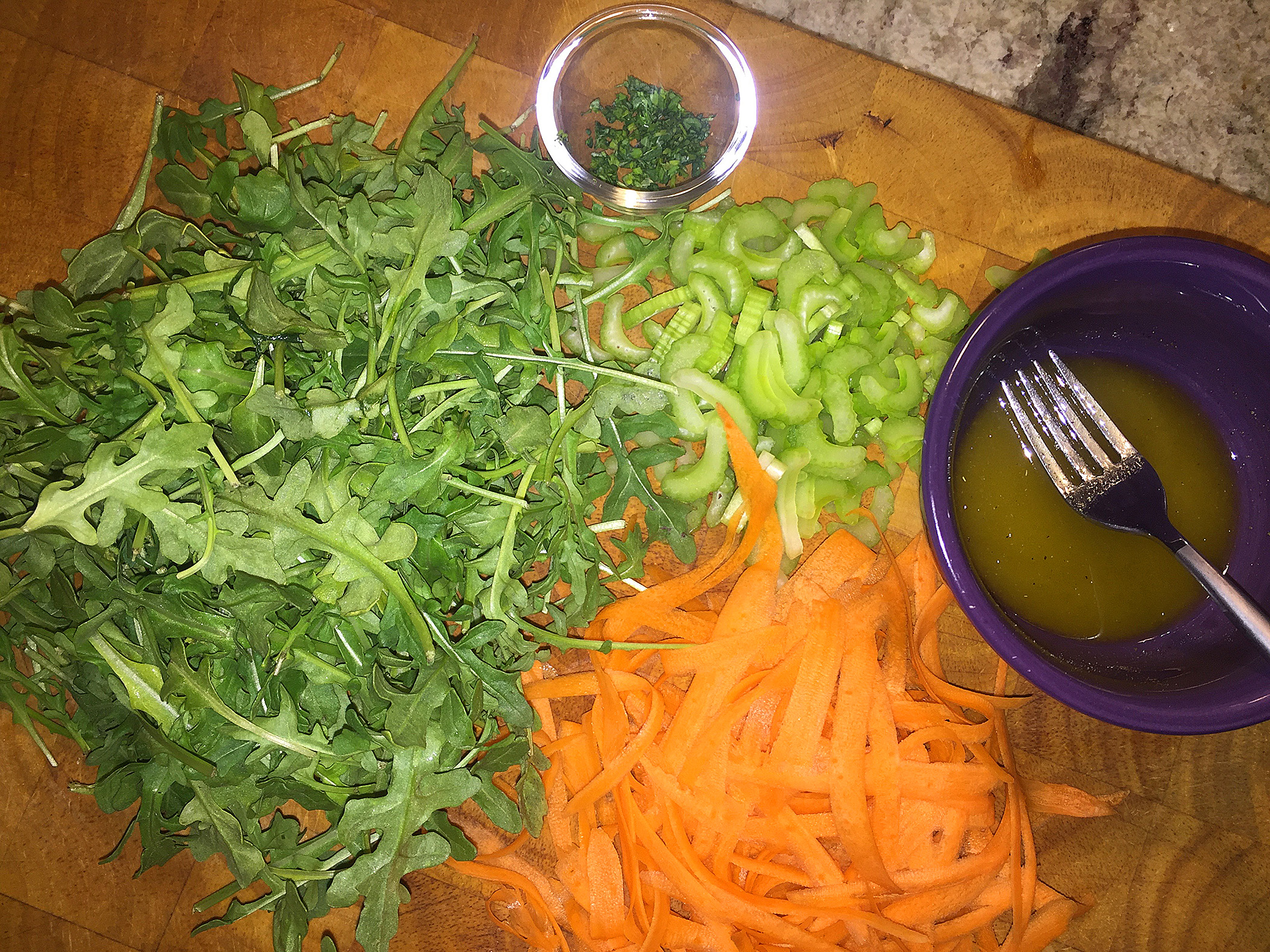 Ingredients are prepped to make the salad. 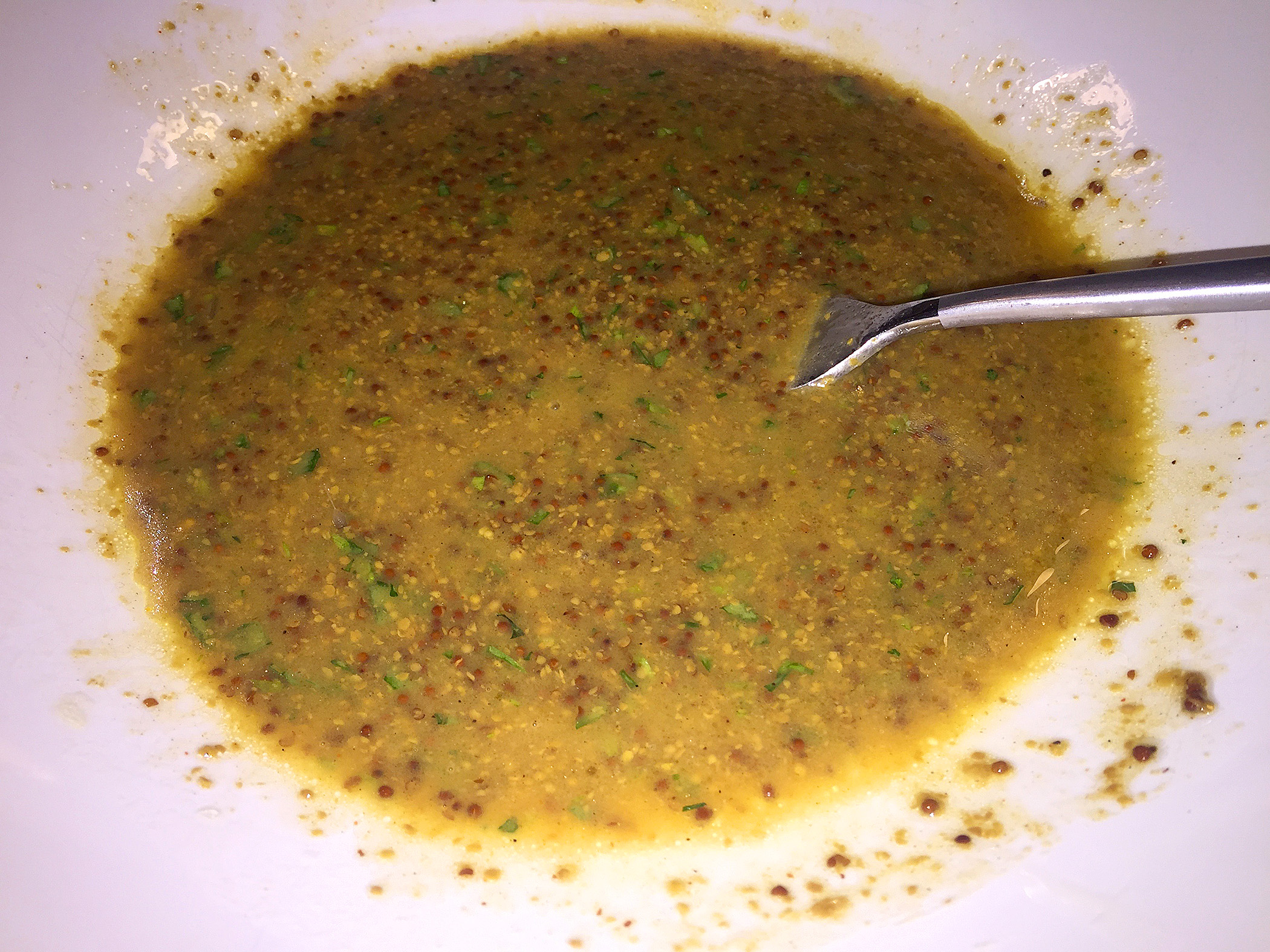 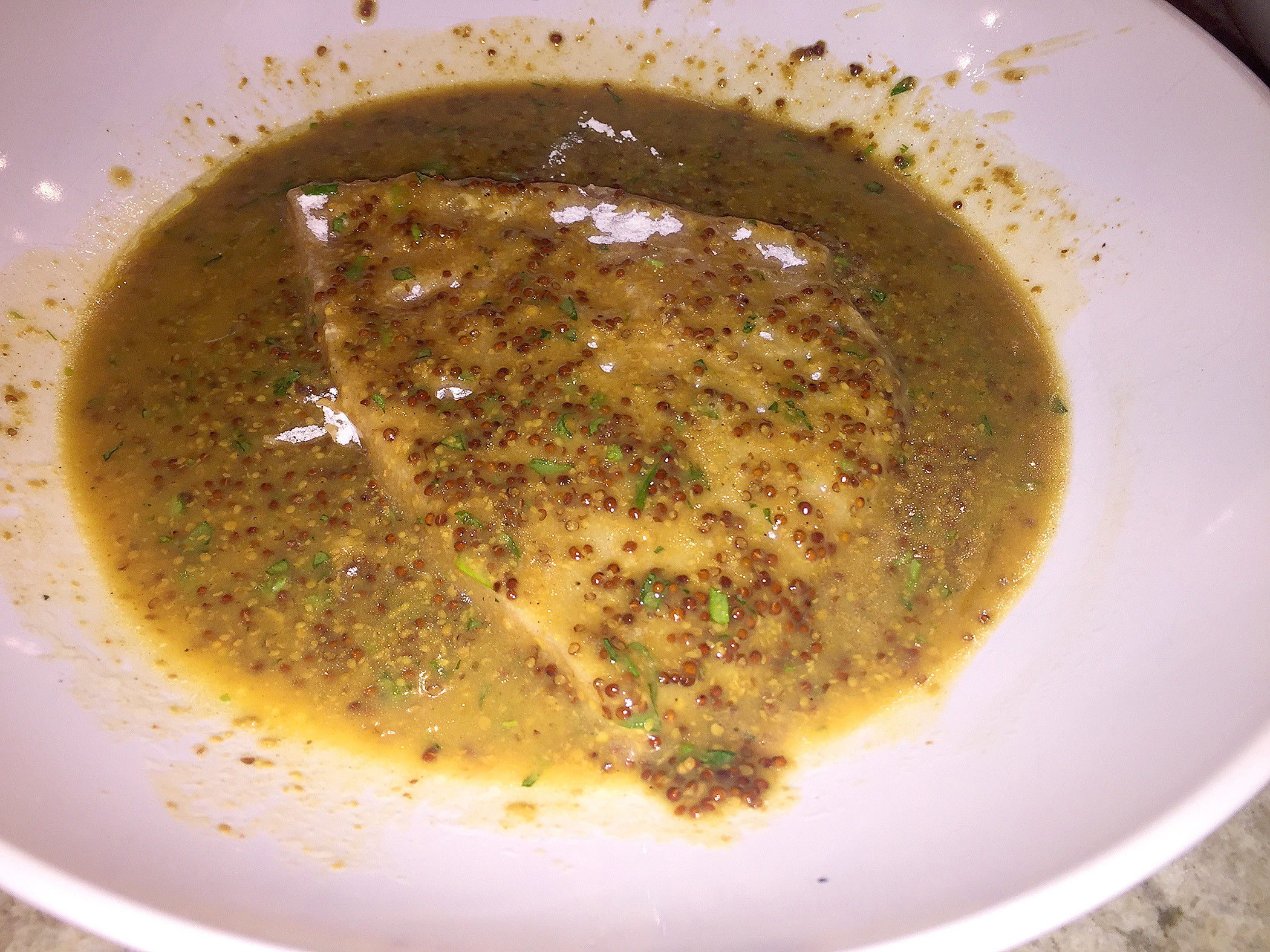 After dredging through flour, each cutlet is then washed in the mustard vinaigrette. 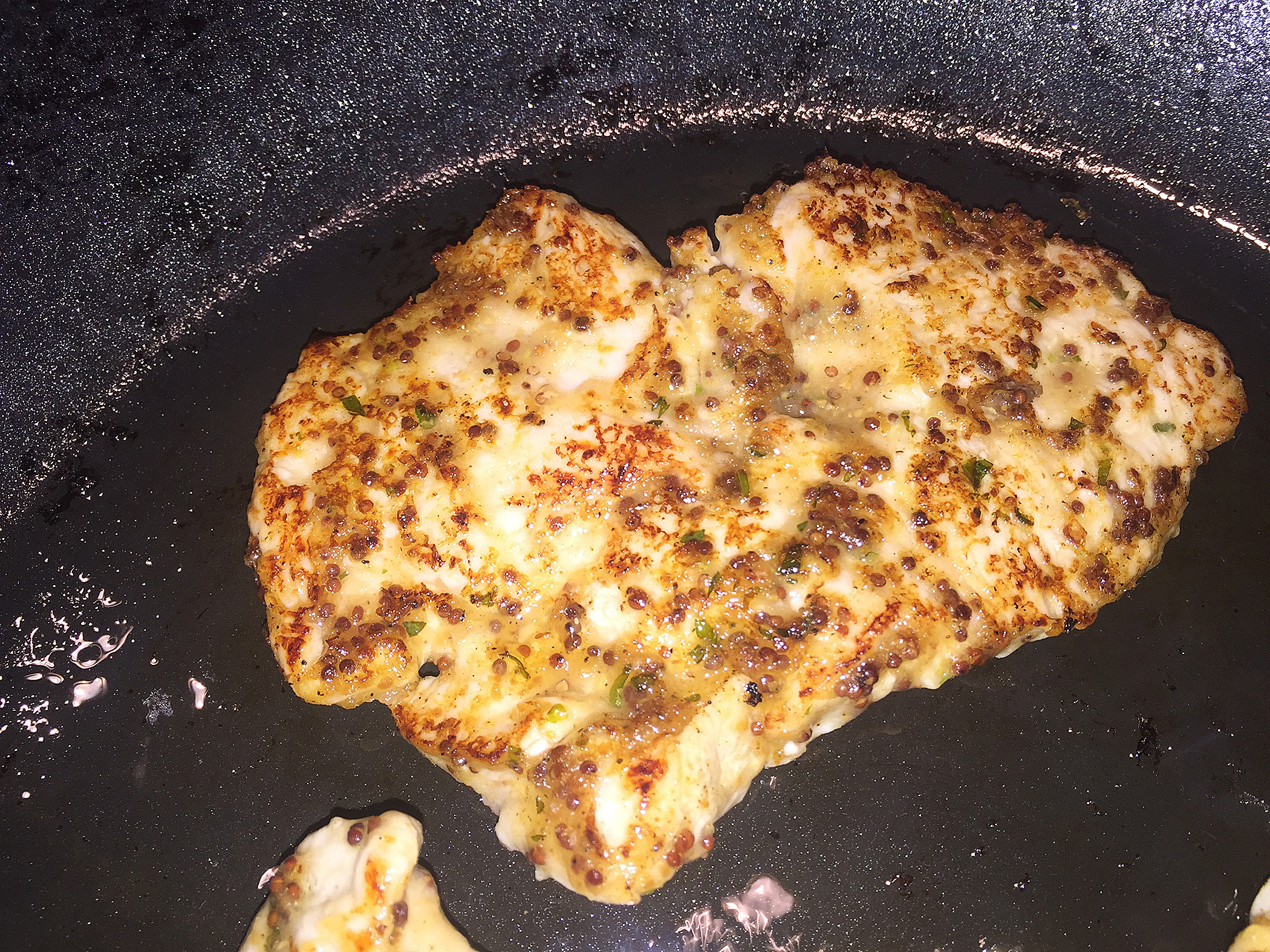 The cutlets are browned for a few minutes on each side in a hot skillet. 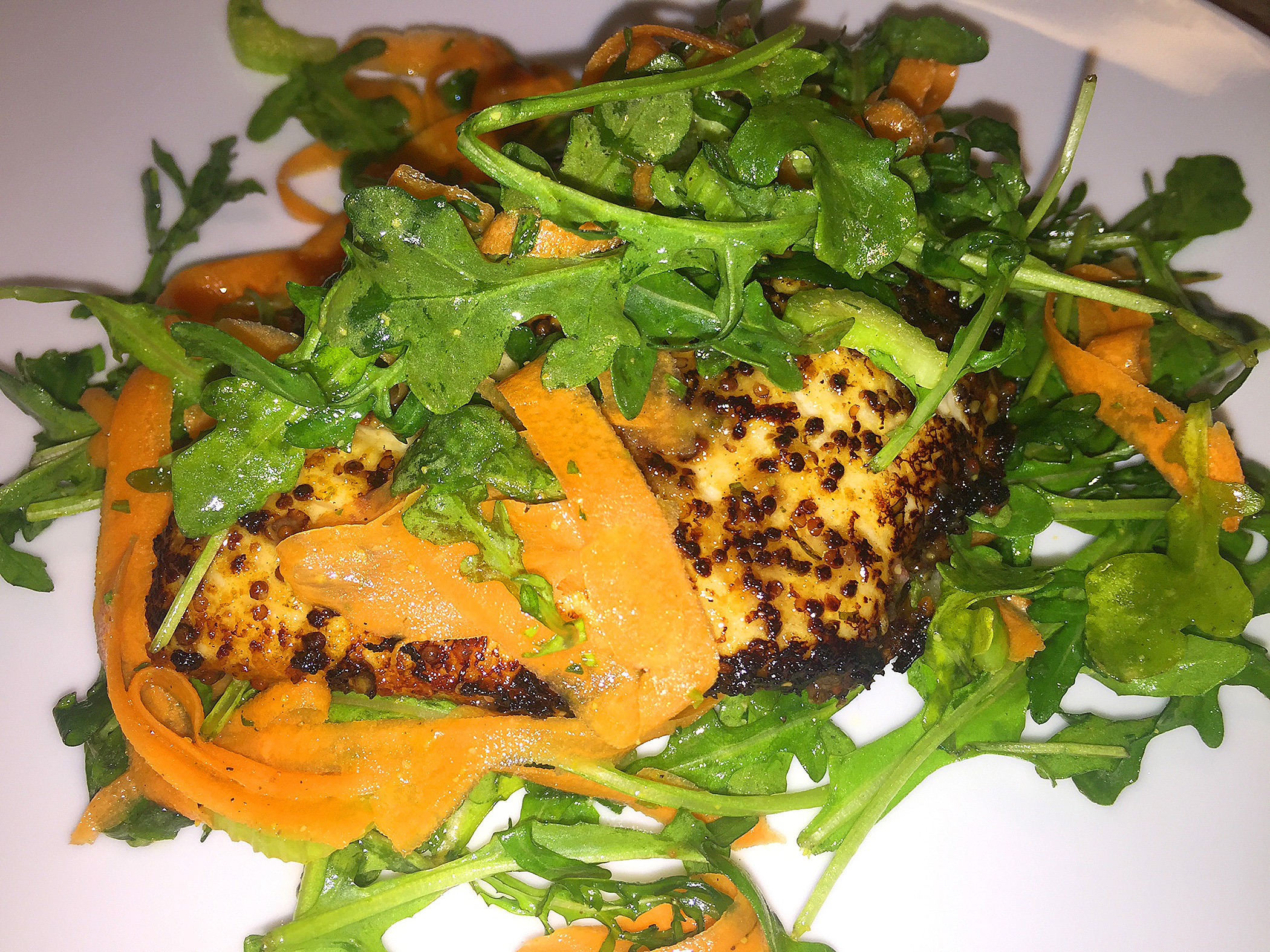 We plated ours with the salad on top and bottom of the meat.