We’ve been enjoying roaming through our latest cookbook “Lidia’s Mastering the Art of Italian Cuisine” by well-known chef Lidia Bastianich. One frigidly-cold Winter’s Sunday we decided to prepare her Chicken in Beer recipe along with Molly Stevens’ Fennel Braised with Thyme and Black Olives (which I’ll post next.) 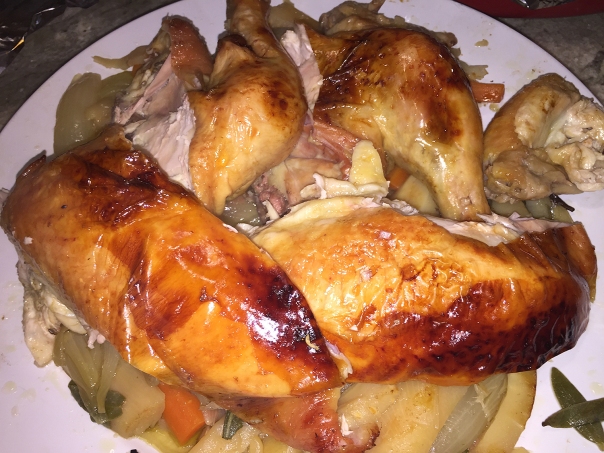 OMG, OMG!! We fell head over heals with both of these braises. The complexity of flavors is amazing and soooo nuanced with a myriad of undertones you practically swoon over every single mouthful. I was originally concerned over the amount of liquid in the braise, but it turned out to be perfect. Just make sure to reduce down the liquid after removing the bird and veggies, you’ll want to save every last drop of the liquid gold. Instead of skimming the fat from the juice, I find it’s easier to put it into a fat separator, and pour from there.

The beer in the chicken entrée adds an interesting depth of distinction, along with the homemade stock and apple cider, and leaves the bird moist with a great glossy skin. Those root vegetables literally melt in your mouth and the sage lends a delightful bass note. Barely discernible but certainly adding to the intricacy of flavors was the cinnamon and whole cloves.

NOTE: Our parsnips were very large, and once they get that big, you need to cut out the woody core. You may think that you dislike parsnips, but they take on an earthy sweet taste in this recipe.

All said and done, between prep and cooking, this meal took me three hours, so it’ll likely be a weekend endeavor for you. But oh so very worth every minute of your time! 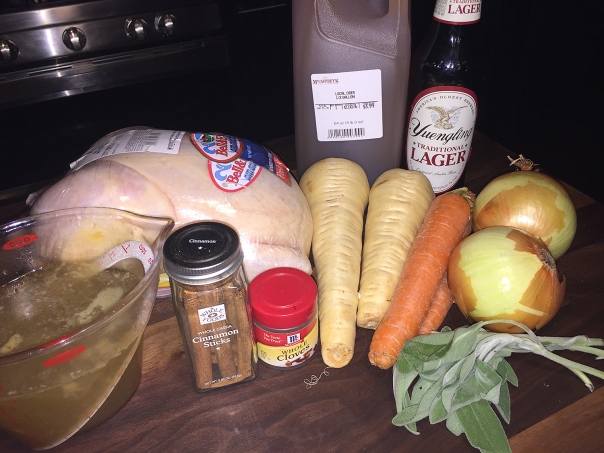 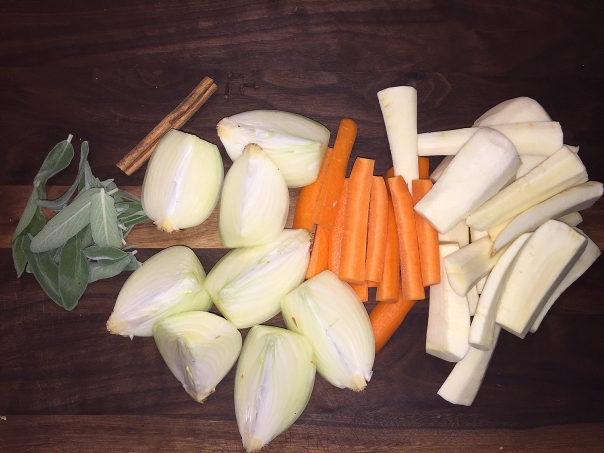 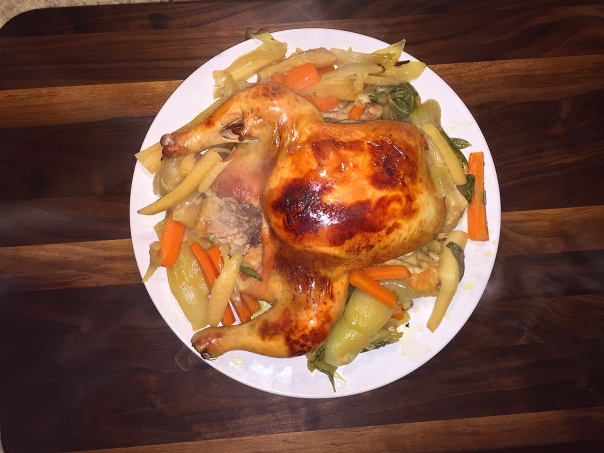 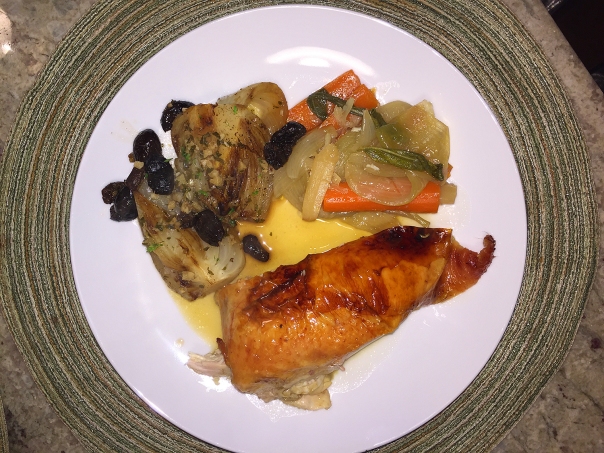 Lidia Bastianich is an Emmy award-winning public television host, a best‐selling cookbook author, restaurateur, and owner of a flourishing food and entertainment business.