Not too long ago, I wrote about the differences between cooking a meal in your choice of a pressure cooker for a real quick turn around, or a slow cooker which obviously takes much longer but produces the same luscious results. This Short Rib Goulash is another one in the series written about in the January issue of Better Homes & Garden Magazine. 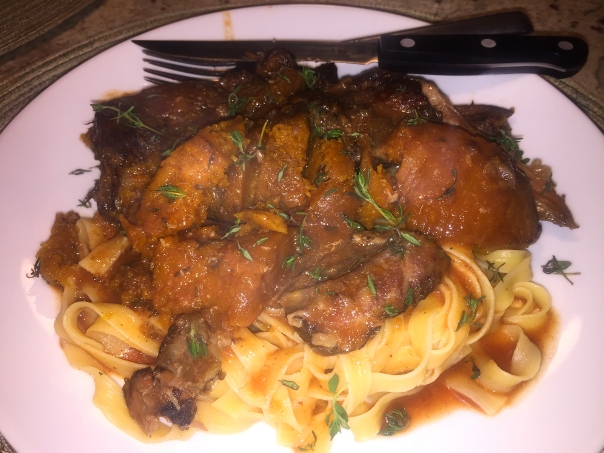 There’s stew and then there’s its amazing cousin: goulash. Technique-wise, there’s not a huge difference between goulash and other beef stews. Traditional goulash is a stew/soup, usually using a cheaper cut of meat suited to slow cooking. It usually contains potatoes and other vegetables, as well as noodles.

Ask a bunch of people what a goulash is—and you’ll get as many different answers: a soup, a stew, a meat dish served on a plate; brown, red, mild, hot, spicy; made with beef, pork, mutton, game, even vegetarian. Although goulash originated in Hungary, this popular dish later spread beyond its borders, first to the Austrian Empire, Germany, and the Balkans, and finally around the world. That’s why there are so many versions of goulash today. Paprika seems to be the one undisputed staple that must be included. 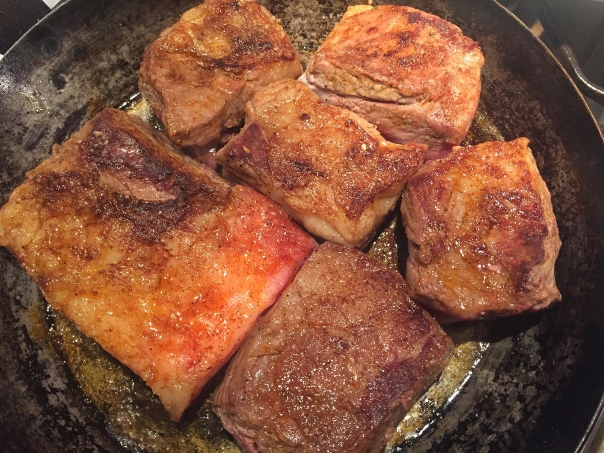 The night prior, I seared the ribs and let them cool before storing in the refrigerator.

In almost all cases, you want to make sure to sear the short ribs first, which allows them to brown more efficiently, giving the goulash more flavor while also ensuring that the meat stays very tender. They will emerge from the cooker fork-tender and bathed in a gravy punched with flavor from butternut squash and a healthy dollop of horseradish. Doesn’t that sound heavenly on a cold winter’s night?

This recipe takes quite a bit longer than the Salmon with Lentil Hash and Bacon dish using either method, so keep that in mind. That falling-off-the-bone goodness is known territory for the slow cooker, but the pressure cooker cranks out the same delectable goulash in a half hour at pressure—giving you enough time to cook your noodles.

Because the slow method takes 12 hours and I could leave it get happy all day while we were at work, we chose the slow cooker again as opposed to the pressure cooker. But I did much of the prep the night before. 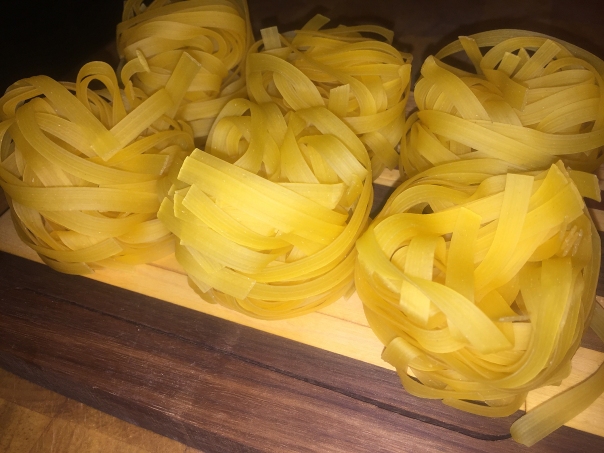 We used a gluten-free fettuccine, but you could also serve over egg noodles or polenta.

We were about a pound shy of the ribs and a half-pound over on the squash. After dinner, I suggested we make a quick soup out of the leftover butternut and beef broth. So Russ heated up a cup and half of the broth in the same pot we cooked the noodles, then added the already tender squash and used an immersion blender to make a very tasty, creamy soup. Instant lunch! 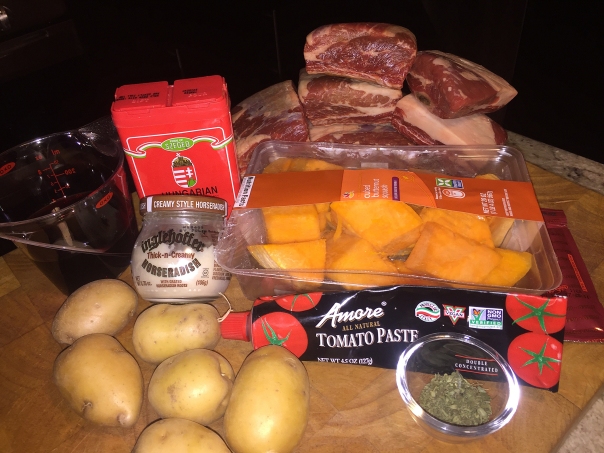 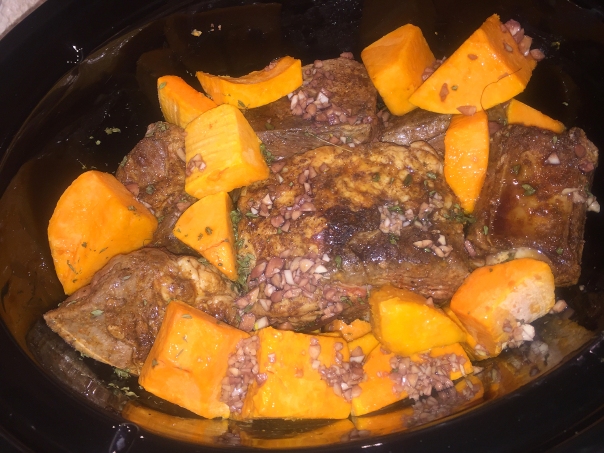 After prepping most of the ingredients the night before, I put everything in the slow cooker before leaving for work, and turned it on low. 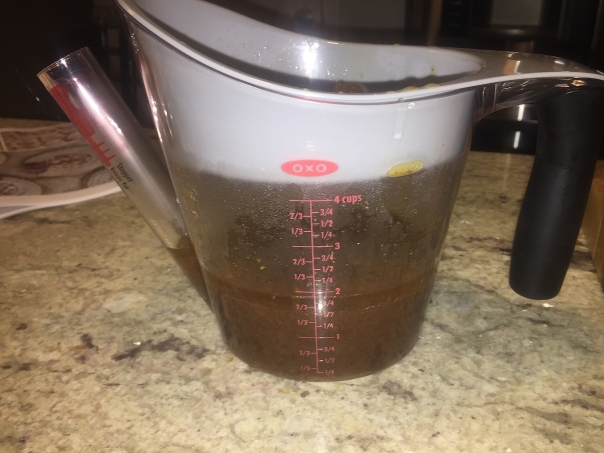 After I got home from work, I removed the meet and squash to a covered dish and poured the sauce into a gravy separator. 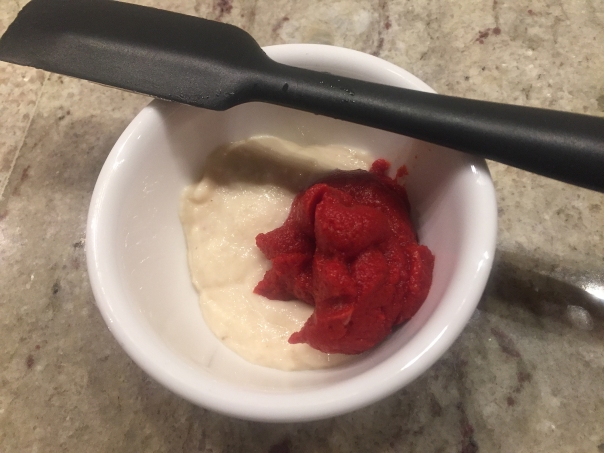 Horseradish sauce and tomato paste are measured out…. 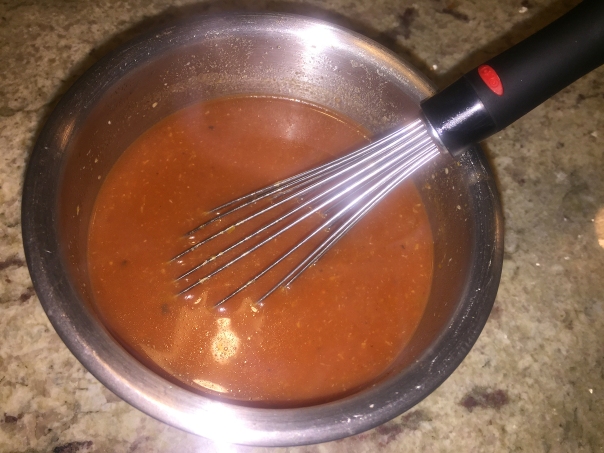 …then whisked into the strained liquids. 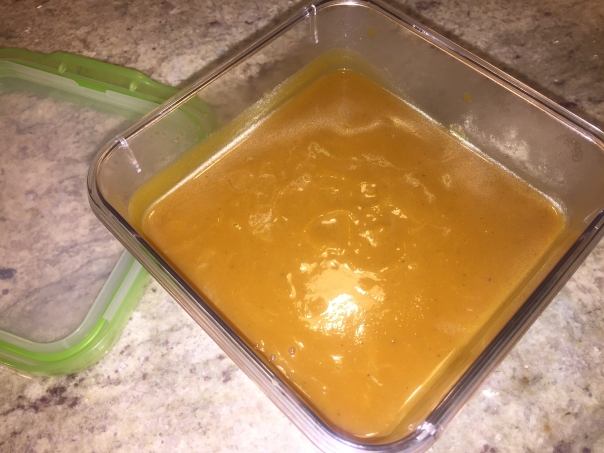 We had quite a bit of leftover cooked butternut squash so we made a quick creamy soup with more beef broth using an immersion blender.