In cooler months, Sundays often find us making homemade soup, perfect for a quick dinner or for weekday work lunches. It’s important to me that it’s a healthy soup with lots of veggies and not too heavy. So when I spotted chef-author Ronne Day’s Spinach and Leek Soup with Garlic and Cannellini Beans from an issue of Fine Cooking, I knew we had a winner. And yes, it’s extremely simple.

As with any soup, much of the flavor comes from the broth, so use homemade chicken stock if you have it. Creamy, earthy beans and plenty of greens make this delicately lemony soup satisfying enough for a light meal. For a more substantial meal, serve it with some good crusty bread—or a sandwich, if you’re really hungry. Make sure to purchase mature spinach rather than the baby variety which wilts down to nothing when cooked.

We didn’t pick up Gruyère as a topper because we already had a Dutch Maasdam cheese with a slightly sweet and nutty flavor that paired perfectly with the soup. Son David happened to be visiting as the soup was cooling so he was the lucky recipient of the first bowl, and gave it “two thumbs up.” 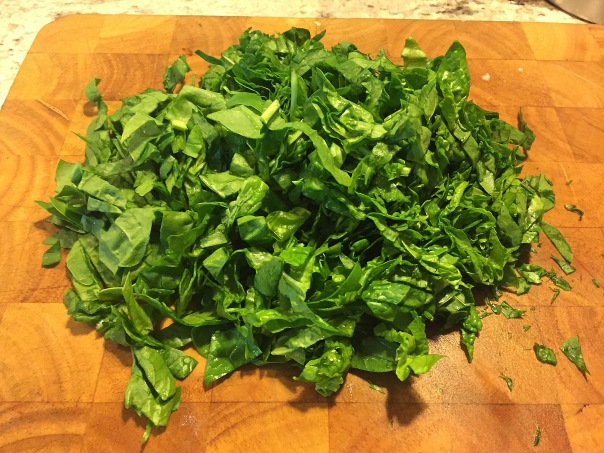 The spinach is chopped into ribbons awaiting its turn toward the end of the process.

By Ronne Day from Fine Cooking 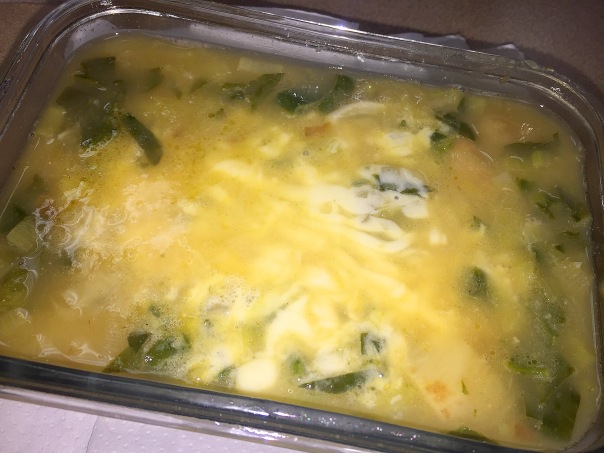 A small glass lock-n-lock containing a lunch portion with the shredded cheese added.