In this unusual potage, little pork meatballs with a touch of cinnamon and pine nuts make an exceptionally tasty contribution to the soup from La Cocina De Mamá: The Great Home Cooking of Spain, a favorite cookbook by Penelope Casas. Bread is the thickening agent, as is so often the case with traditional Spanish soups, but which posed an issue for us since Russ has forgone wheat.

The fix? We would have used gluten-free bread, but we had none on hand. Instead, Russ stirred some of the broth with a heaping tablespoon of gluten-free flour and then mixed it back into the soup. Not ideal, but it was a satisfactory solution—no complaints on our end. The only other thing we’ll probably do different the next time around is double the amount of artichoke hearts.

It made for yummy lunches during the week. 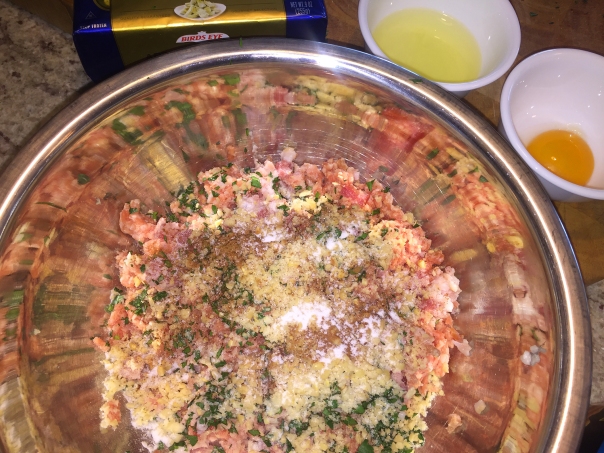 Little meatballs are shaped by hand and lined up on waxed paper. 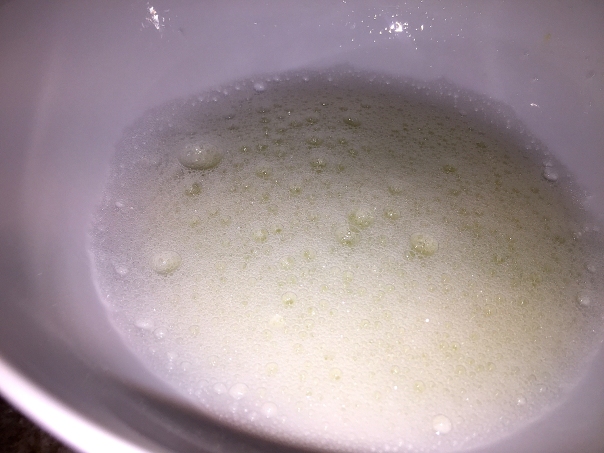 Whisk the egg white with a fork until foamy.