Glazing vegetables is a sure-fire way to make them sing and impress your dinner guests. Here are two recipes that caused some buzz and are worth the additional effort.

I don’t know about you, but we just adore shallots. So I got my freak on (in a good way) when I came across this Bon Appétit Cider-and-Bourbon-Glazed Shallots recipe with it’s sweet, salty, umami flavor profile. Now thats a way to make these tasty alliums shine! For those unfamiliar with them, a shallot—a type of onion—looks like a small, elongated onion but has a milder flavor with a hint of garlic.

The benefits shallots bring to heart health is becoming more widely appreciated. And did you know that they help by reducing bad cholesterol levels and prevent accumulations of plaque in the arteries? Such artery blockages count as one of the most common heart problem triggers. Also, shallots contain allicin and quercetin antioxidants. Studies show that the presence of these compounds with their strong anti-hypertensive properties lowers the risks of heart damage.

In some recipes, it is hard to determine whether the entire shallot bulb is needed or if the number count in the ingredient list refers to the number of shallot cloves. In general, if the recipe calls for one shallot, use all the cloves within that single shallot bulb. To me, the more, the merrier! Since it doesn’t have the same bite as onion, raw shallot is ideal in a salad or dressing, and won’t overpower more delicate dishes.

You can substitute shallots for onions, just follow the general rule of thumb that, for every small onion, use three small shallots. What may happen more often is that your recipe calls for shallots but you only have onion. Unfortunately, this swap only works if the shallots are to be cooked—raw onion tastes nothing like raw shallot.

This recipe is so easy and uses very few ingredients but delivers in spades when it comes to flavor. My only complaint with the recipe was in Step 3 which indicates liquid evaporation should occur after 5 minutes. I knew by looking at the amount of water and other liquids, along with previous reviewers comments, that was not going to happen. In fact, it took more than 6 times longer than that at over 30 minutes! I think you could probably get away with using only 1 cup of water instead of two… 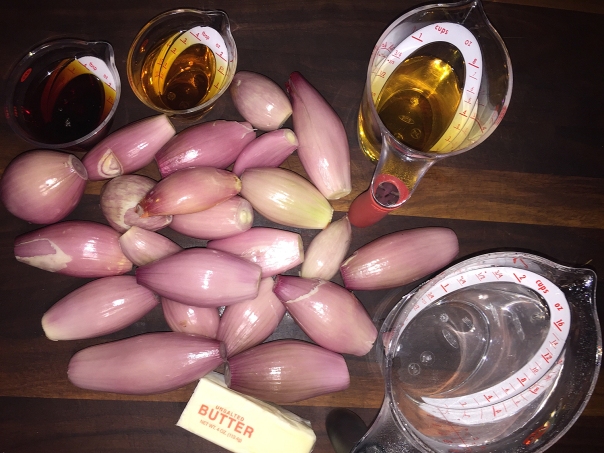 Do Ahead: Shallots can be made 1 day ahead. Cover and chill.

Usually a side of cooked carrots is a rather mundane affair, but with this award-winning recipe, adapted from one found online by Helen Bethel, these glossy carrots, flavored with orange juice, cinnamon and ginger, are impressive enough for a special occasion.

Along with a spiral-baked ham and a cheesy potato au gratin, they were a perfect accompaniment to our potluck party for a dozen folks. Super easy to assemble, they can be cooked, cooled and refrigerated up to a day ahead, then gently reheated just before serving. 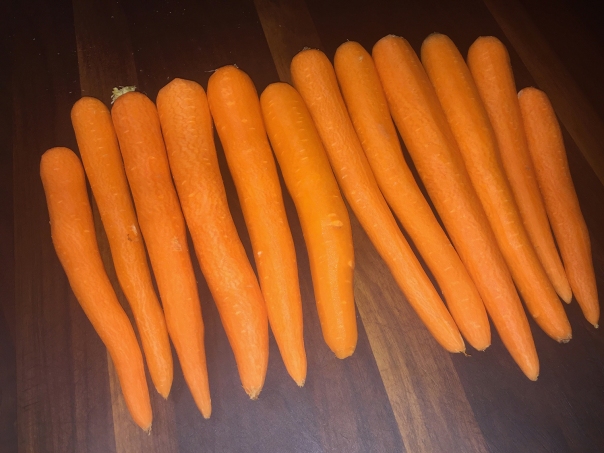