You want easy and healthy? Look no further. In about a half hour—including prep—you’ll be able to plate bowls of this luscious and nutritious soup for your family. The lime juice adds a nice bright finish.

Kale seems to be a love it or hate it kind of a green, and certainly a focus of the health community in recent years. It is a proud member of the cabbage family, which accounts for its rather strong, forward flavor that borders (and sometimes tips over into) bitterness. Their edible leaves vary in color from light green to nearly purple depending on the variety, though they are universally coarse, thick, and fairly tough. 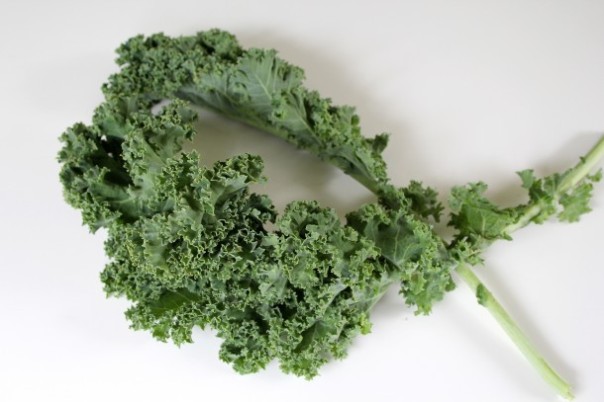 There are two main kinds that are commonly found in the markets: curly leafed and dino kale. Curly leafed kale is what we used for this recipe. The bright green leaves are sometimes curled so tightly it can be hard to chop them. This kind of kale tends to have a bright, peppery flavor that can become quite bitter.

Alternatively, dino kale goes by many names. Among them are lacinato, dinosaur kale, cavolo nero, black kale, and tuscan kale. This kale has longer spear-like leaves with a pebbled appearance and a dark, mottled green color. Its flavor is deep and earthy, less bitter than curly leafed with an almost nutty sweetness—it’s what we most commonly use.

Keep in mind, there seems to be a sweet spot during cooking when the bitterness recedes and the kale’s sweeter character comes through. Over-cooking makes the kale taste overly bitter and decidedly off-putting.

You can’t go wrong with all of the colorful veggies, calcium-loaded kale, and fiber-rich beans. In fact, our can of cannellini was 19 ounces, four more ounces than called for. Without capellini on hand, we incorporated a gluten-free thin spaghetti which didn’t alter the flavor or texture one bit. 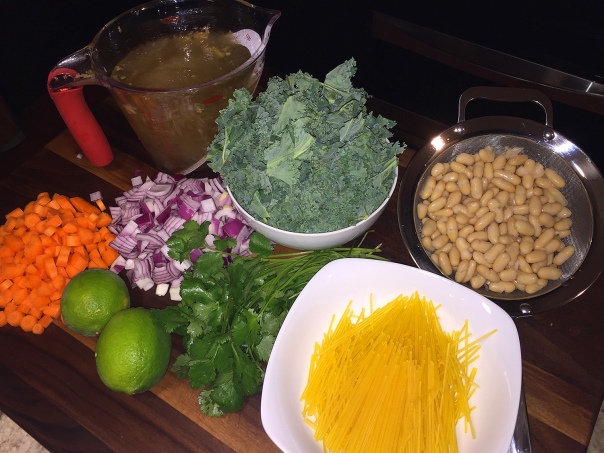 2 thoughts on “Noodle Soup with Kale and White Beans”