Feeding a crowd? This mammoth Spicy Southwestern Meatloaf should fit the bill. Of course I did use 50% more bison than called for because the meat was packaged in 3/4-pound parcels and I bought two. In fact, if you’ve never tried bison before, this may be a good introduction to try the lean protein. Considered by many to be healthier than even grass-fed beef and richer in flavor (despite being lower in saturated fat), bison meat might soon become your favorite protein source. 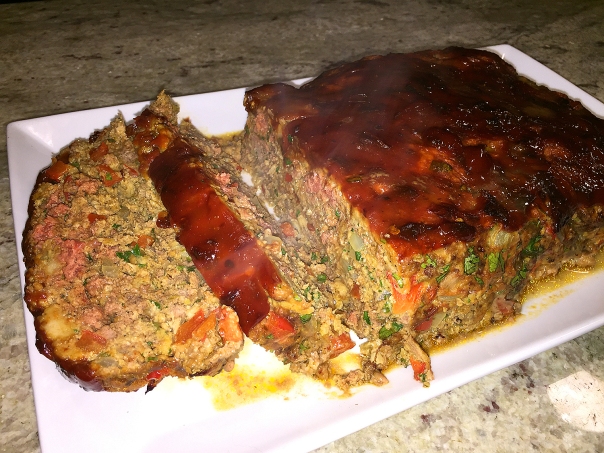 Bison are actually the largest indigenous animals native to North America. Like all cuts of meat, bison meat—nicknamed “the other red meat”—is a top protein food and supplies a variety of other essential nutrients: B vitamins, zinc and iron, just to name a few. But it might also be a step above beef and poultry when it comes to sustainability, heart health and even taste.

Just like with beef, chicken or turkey, the exact amount of nutrients you find in buffalo depends a lot on the specific cut of bison meat you get. Leaner cuts like top sirloin and the equivalent to London broil are all lower in calories and fat compared to other fattier cuts of the animal. In fact, the highest-quality parts of the bison (and usually most expensive too) are very close to roasted, skinless chicken breast or even fish.

Bison ranching can be more sustainable and environmentally friendly than some forms of cattle ranching. But it’s also likely true that on the whole, a random sampling of bison meat is probably more sustainable than a random sampling of beef. The positive elements are that bison are generally acknowledged to be the hardier species, without requiring shelter even in winter.

Cattle have over time been genetically tampered with to be “meat wagons.” The result is an animal that’s largely dependent on ranchers for survival and general health. Bison, on the other hand, are native to North America and genetically unchanged from the herds that roamed the West and Great Plains until the end of the 19th century. Because they have naturally adapted to the environment, they’re a much heartier animal that thrives with little, if any, assistance.

But I digress. What about that recipe? This Spicy Southwestern Meatloaf is zesty but not hot—the ingredients compliment each other for flavor that is layered and complex. Three kinds of chiles make this pork and bison meatloaf zing all over: fresh jalapeños and ancho chile powder in the mix, and chipotle chiles in the ketchup glaze.

About that glaze. We tripled the amount, and it barely covered the top, let alone drip down the sides. Oh, in case you don’t have cilantro on hand (I had finished mine up the previous evening), or don’t like the herb, use parsley instead. 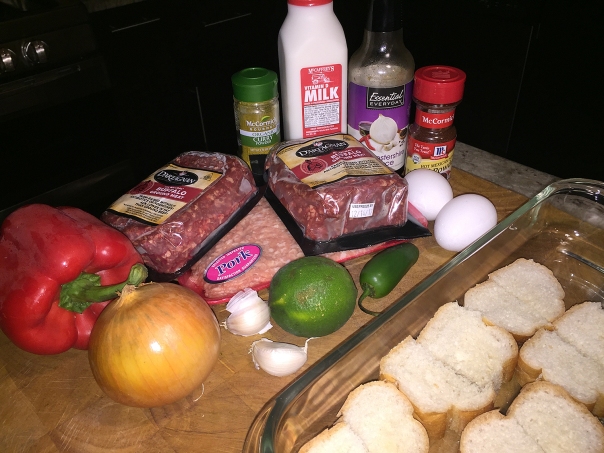 2 thoughts on “A Meatloaf for the Masses”