When I moved to Yardley, PA way back in 1984, about the only dining options in the area other than the more upscale Yardley Inn, was the Continental Tavern on Main at the intersection of Afton. Located in the heart of Yardley’s Historic District and just two blocks from the Delaware River, the Continental Tavern offers an “atmosphere that is comfortable, inviting and reminiscent of bygone days when hospitality was paramount.”

My ex-husband and I dined there frequently during our tenure together, and especially when my parents came to visit, because my mom just loved their hamburgers! This would be one instance where she’d allow herself to ignore her otherwise strict diet. The tavern was pretty dated back then and looks completely different now, but their burgers are still the bomb.

The Continental Tavern as it looks today.

From the mid 1800’s through the Civil War the building served as a way station on the Underground Railroad, an escape route for slaves. Known hiding places were under the eaves of the Continental and during the recent renovation, parts of the underground railroad were revealed and glassed over. It was also the scene of two murders over the course of its long operation.

The Continental Hotel back in the 1800’s.

Current owner Frank Lyons is a revolutionary war re-enacter and participates in the yearly Christmas crossing of the Delaware River in Washington’s Crossing. He began renovation in 2007, and it now boasts a restored outdoor porch, a semi-Victorian façade, and a second floor library now known as the Parlor Room. The tavern is commonly known as Bucks County’s “Cheers” where everyone knows your name—yet also has the moniker of the most haunted building in the county.

The spacious outdoor porch overlooking picturesque Lake Afton offers outdoor dining when the weather cooperates. Which on our most recent visit in mid-February with Rosanne and Gary, it was in the balmy mid-60’s earlier in the day, and the porch was packed with diners when we arrived—luckily we had reservations inside.

The bar is always hopping (although not in this stock photo), and there is live entertainment on weekends.

While excavating for the Underground Railroad during construction, 10,000 whiskey bottles were found from the Prohibition Era as noted on dated newspapers found in the dig—no doubt a Speak Easy during that alcohol-free time period.

The tavern boasts nine great draught beers, a hefty selection of bottled beers and nine large LCD screens on two floors for all sports—not necessarily a plus for some patrons. They feature a daily entrée, soup and appetizer specials which are listed on the large chalk boards in the dining room and the bar. Also highlighted is a weekly bottled craft beer special. 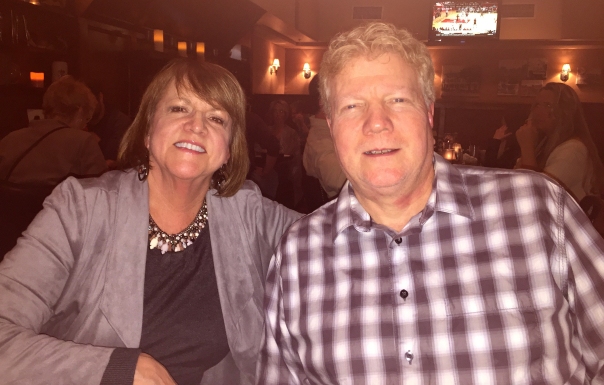 After putting in drink orders, we zeroed in on the menu finally deciding to split salads with our partners. Gary and Rosanne chose the beautiful Roasted Beet Salad on a bed of baby greens and topped with chunks of feta cheese and a balsamic glaze. Hubby and I shared the ginormous Wedge Salad made up of a half head of iceburg lettuce showered with more than ample blue cheese, grape tomatoes and crumbled bacon. Both salads were plenty big enough to divide or order as an entrée. 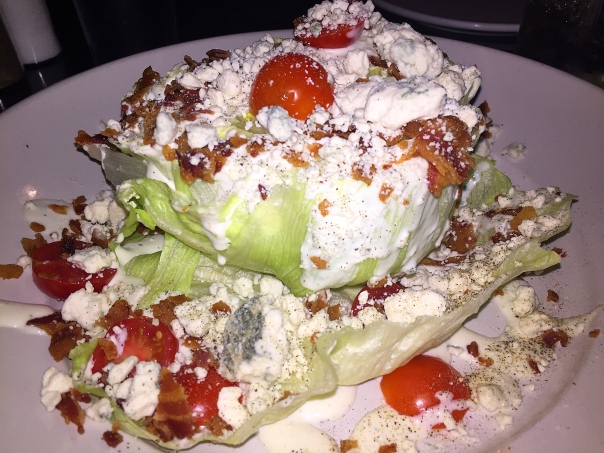 Speaking of entrées, I was the odd man out because, instead of getting a burger, I ordered the Chicken Bruschetta which came plated over a bed of roasted garlic whipped potatoes, and was smothered with mozzarella cheese, tomato bruschetta and sautéed spinach, all bathed in a wonderful drizzle of balsamic reduction. After consuming a good-sized portion of the wedge salad, I had plenty of my entrée leftover to take home.

My other three dining companions all opted for one of their famous burgers, with our friends both ordering the Classic Burger made with certified angus beef, choice of cheese and lettuce and tomato. Rosanne wanted to pair hers with the zucchini fries (which I was also hoping to do instead of mashed potatoes) but our waiter Chris informed us they no longer carry them.

So regular fries it was, although they also offer curly fries, Con Tav fries dusted with Old Bay seasoning served with a cheese dip, and sweet potato fries with maple syrup. Mr. Russ settled on the Continental Tavern Burger with sautéed mushrooms, caramelized onions and Swiss cheese. He was pleased that he could order a gluten-free bun, but ended up not eating most of it.

Maybe halfway through our meal, a guitarist started playing in the bar area singing tunes from the 70’s and 80’s, prompting us and nearby patrons to start singing or humming along. I was hoping to talk with the proprietor Frank about the underground railroad excavation but because the place was so busy, he was unavailable yet gave me his card in case I wanted to follow up at a later date.

After spending a relaxing 2 1/2 hours over dinner, it was time to bid farewell. But not before we made plans to do a NYC foodie tour in late April. Stay tuned for the details…