Booze infusions are so simple, they’re almost a snooze (couldn’t resist!) You just soak ingredients in a base alcohol until you like the taste. So start boning up because there’s no better way to hone your amateur bartending skills than with homemade liquor infusions. Most recipes call for cutting fresh fruits, herbs and spices and letting them soak in a jar of alcohol for anywhere from one day to a couple of weeks before blending, mixing or simply pouring over ice. 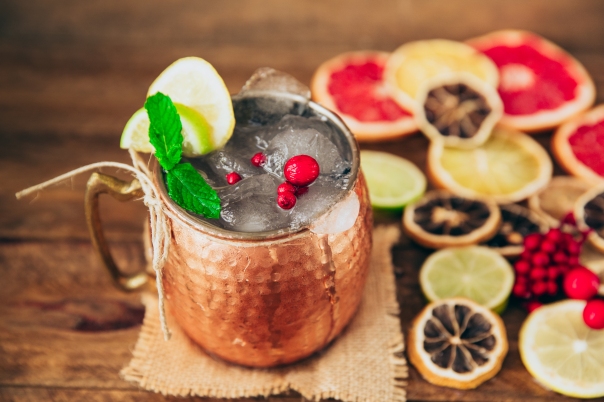 What kind of liquor? Once it soaks up the flavors of your ingredients, any subtle aspects of its original essence—or refined lack thereof—will be lost, so there’s no reason to break the bank when you buy the alcohol. Top-shelf isn’t necessary, but no infusion ingredients will make rot-gut booze taste like anything other than a drain cleaning solvent, so find a comfortable middle ground of price and quality without going full-on bargain basement.

The fun thing about infusing spirits or concocting a liqueur is that there aren’t a lot of rules and complicated techniques. Most of the time it really is just mixing together things that sound like they’d taste good and seeing what happens. So ask yourself, what flavors appeal to you? The possibilities are limitless, so don’t be afraid to experiment. 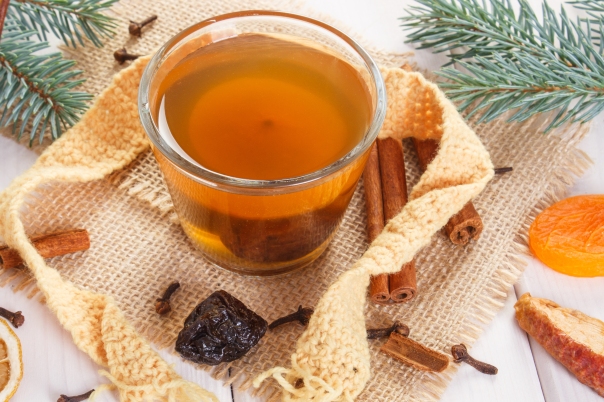 Alcohol is very good at extracting flavors from herbs, vegetables, spices, and fruits. It takes a lot less time than you might think for an ingredient to flavor a spirit. Sometimes even three days is too much; some ingredients, like hot peppers or tea, only need an hour or two. Generally speaking, the more porous and intensely flavored the ingredients (coffee beans, fresh herbs), the quicker they will add flavor.

The whiskies themselves offer a huge range of flavor, and it is recommended you work with the flavors natural to this family such as vanilla, caramel, spice and honey. Classic infusion flavors are nearly any fruit you’d put in a pie such as apple, cherry, plum, fig, peach or blueberry. And spices range from vanilla, chocolate, cookie spices, and coffee to nuts.

I made a few of these for holiday gifts this year:

Add the ingredients to the bottom of a jar and pour the bourbon over top. Seal the jar with a regular lid and set in a cool place (preferably somewhere dark) for 2 weeks. Or stick in the fridge, just in case—but as long as it’s sealed tightly and not opened often, it will be fine. After 2 weeks, taste the bourbon and adjust the flavor accordingly. You can remove the cinnamon sticks or add more vanilla. If you’d like more flavor, infuse for another week and taste. If it tastes good to you after 2 weeks, strain the bourbon a few times. Place in a tightly sealed jar. When ready, pour over ice…. sip by a crackling fire…

There are endless vodka infusion recipes ranging from hibiscus to cucumber-lime, fig, vanilla bean and cardamom, or bacon and habanero to name just a few. Another holiday gift I made was this Horseradish Vodka infusion which is dynamite in Bloody Marys or other cocktails that could stand a “kick in the pants,” or simply sipped over ice. 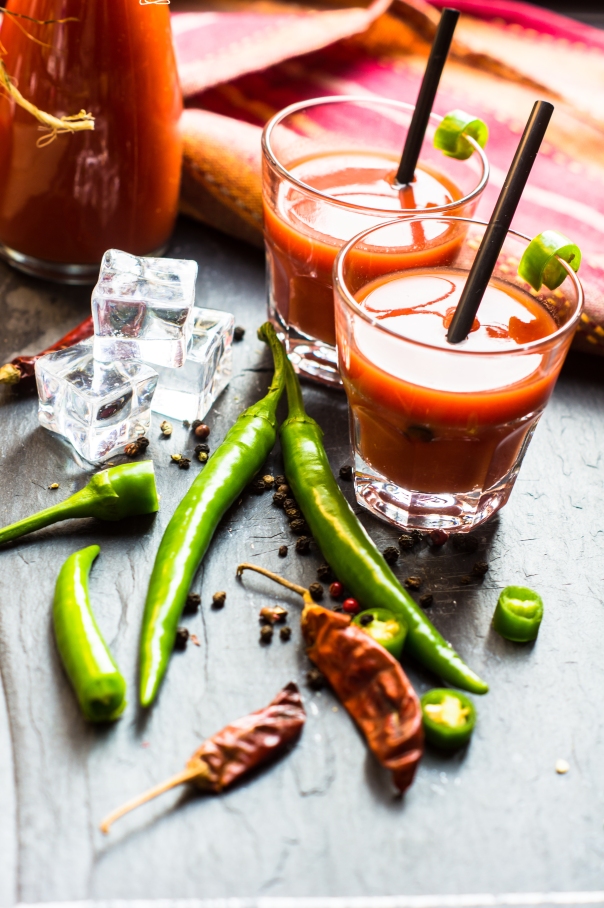 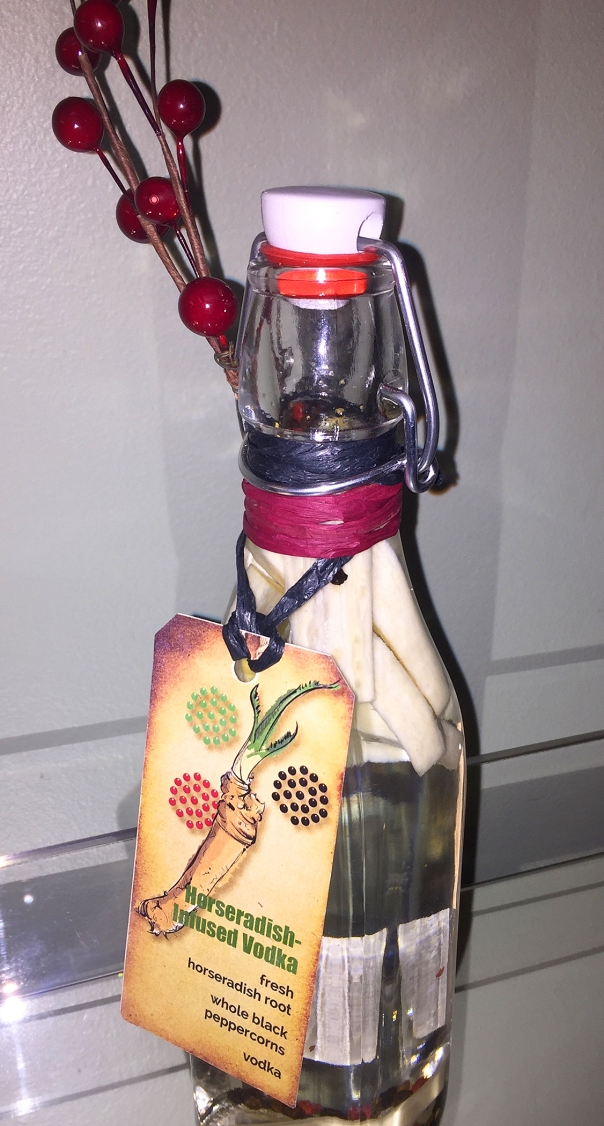 About that “kick in the pants.” Without thinking it through, I made the horseradish infused vodka about a week before I planned on gifting it. After two days, I thought I’d better check the intensity, and good thing I did, because another week would probably have rendered it undrinkable. So I strained the vodka into a carafe and put it in our downstairs frig.

Fast-forward four days and Hubby is making a homemade chicken stock and needed a half cup of white wine. We always keep some in the basement refrigerator, so when he came upon the carafe, he just “assumed” it was white wine. Without bothering to taste it first, he promptly added a half cup to the stock. You know what “assume” stands for right?

Apparently the aroma of the liquid gave him pause because next thing I knew he was calling upstairs (where I was writing my blog) to ask what was in the carafe. When I informed him, he got this blank look on his face and confessed to what he had done. Guess we were going to enjoy some soup with a true “kick in the pants.”

Seems there are two morals to this story. One, I should have labeled the container. Two, he should have tasted (or even smelled?) the contents before adding to a recipe. Live and learn…

One of my favorite vodka infusions is made with fresh rosemary and real lemons. You can get a fabulous one at Amada in Philly called Tie-Me-Up, Tie-Me-Down… just sayin’… I tried replicating it on two occasions and came close, but didn’t quite get there. Guess I have to keep on truckin’…

Rum or tequila lend themselves mainly to warm spices like cinnamon or clove, or tropical fruits like mango and lime. Russ’s favorite is to simply infuse his bottle of Bacardi Silver rum with fresh mint—then pour it over ice, add club soda and top with a lime wedge—basically a simplified version of a Mojito. 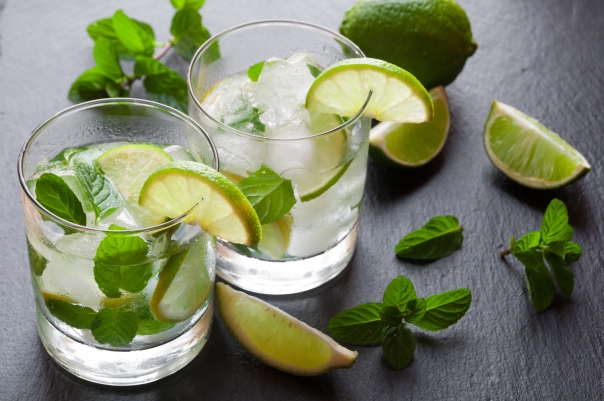 So to put it in a nutshell, add your infusion ingredients in the alcohol, cover tightly and store in a cool, dark place (a pantry or frig is great). If you’re using fresh fruits, veggies or herbs, be sure to thoroughly wash and dry those ingredients first—use organic if possible. Remove the ingredients after they’ve infused to your liking, then strain the booze into your desired jars or just keep in your original vessel to use at home. If you’re gifting these, it’s helpful to include a label with the actual ingredients and/or cocktail recipe, then jazz it up in some artsy packaging. 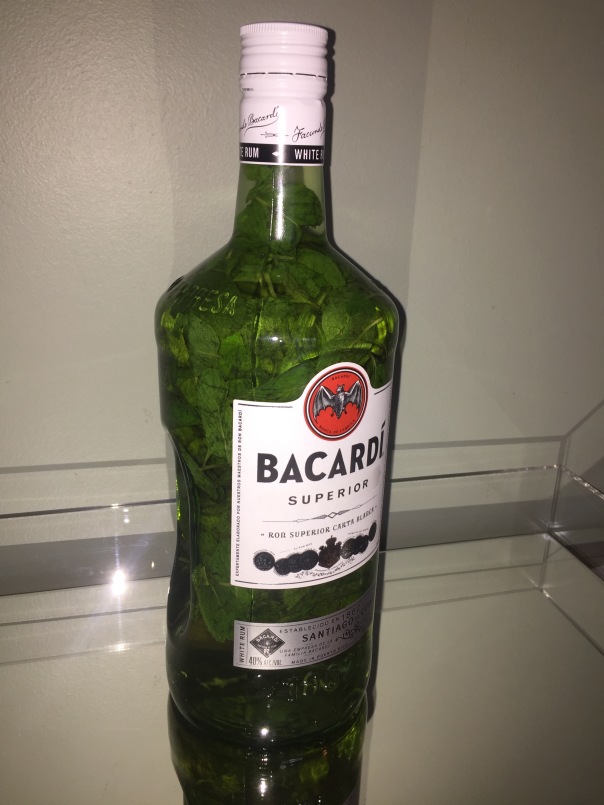 A bottle of Bacardi Rum is infused with fresh mint, getting all happy for Russ.

Be forewarned: If you know you’re going to use up your infusion quickly, then strain with a fine-mesh sieve or cheesecloth. If you’re planning to store it for more than a week though, try straining twice through cheesecloth. It’s important to filter out as many stray bits as possible because over time they can create off flavors in your infusion.