By way of introduction, my husband, Russ Hartman, and I, Lynn Holl, first connected on Match.com and then met in person at a restaurant in Langhorne, PA. The evening was so successful that we were the last two patrons in the establishment on that Monday night, and upon exiting, found both of our cars right next to each other under a parking light — a good omen indeed. About 12 years later we moved to a new construction home in Langhorne (he from Jenkintown, me from Yardley.) Then exactly thirteen years from our first date, we married in our backyard and enjoyed our wedding feast at Bella Tori at the Mansion, also in Langhorne. Our relationship had come full circle. 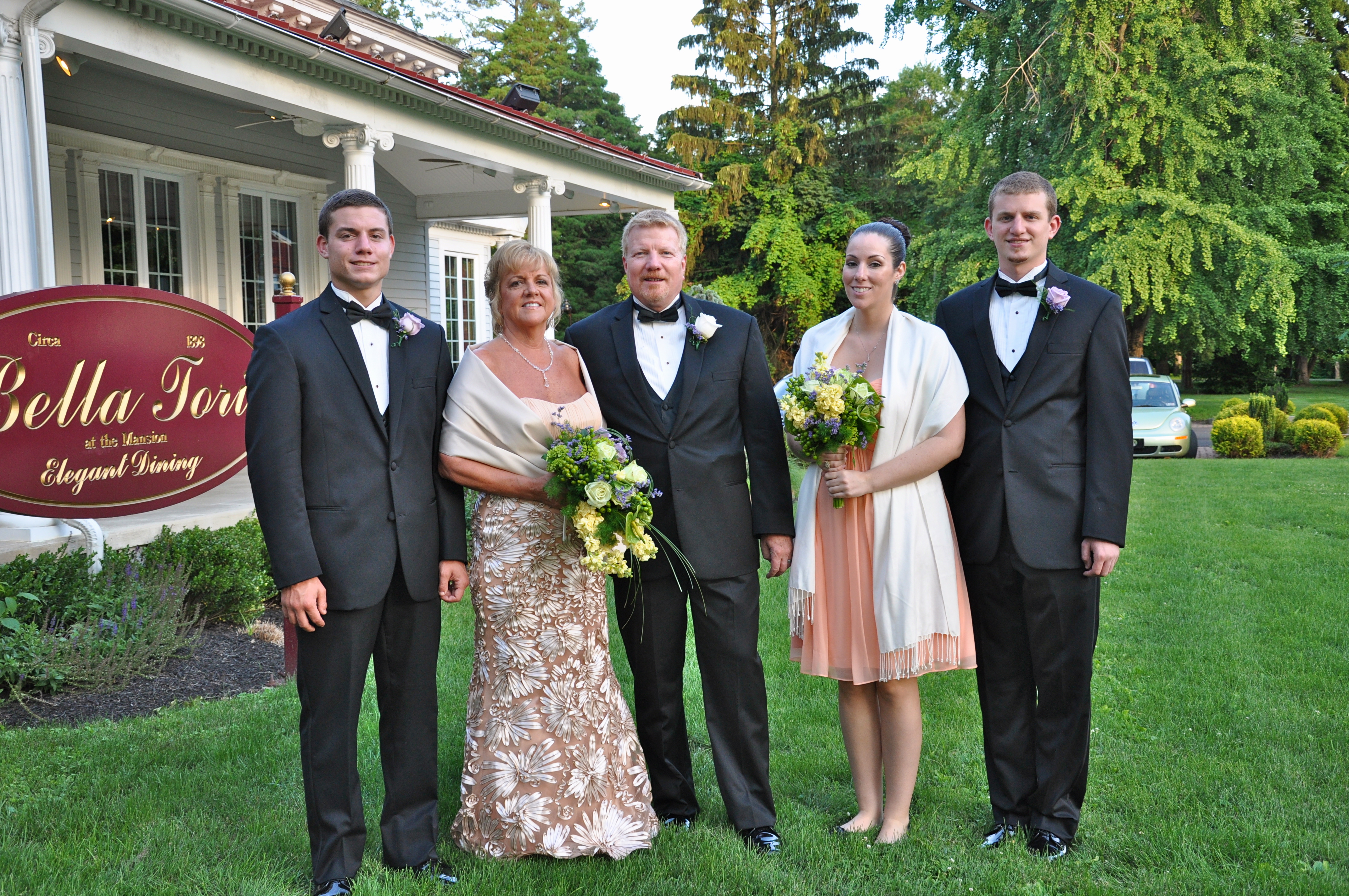 Our wedding dinner was at Bella Tori in 2012.

During all of those years, and even now, we continually connect over our love for food of all ethnicities. In future articles, though not intended to be published on a regular schedule, we invite you to join us as we relate our trials and tribulations with all things food. Most of these blogs will be written primarily by Lynn, with Russ editing and contributing (when nudged by Lynn, although Russ is the better writer.)

In the early years of our relationship, Russ tried to be diplomatic in his reaction (yet was truly horrified) over my extremely outdated collection of herbs and spices. So much so, that he said they hadn’t made those particular red and white containers in nearly a decade! While initially offended, I did start replacing them and continued to expand and enhance my stockpile resulting in an impressive library for, what I considered myself to be at the time, a mediocre chef. I will also confess that most of my culinary tools back then weren’t anywhere near top-shelf, and therefore I found myself on the receiving end of some high-quality pots, pans and knives as gifts. Now some people may not think of these items as their idea of the ultimate present, but I was thrilled, and it probably was the boost that catapulted my dormant cooking passion into full-tilt.

Routinely on Friday and Saturday evenings, we dine out either with friends or by ourselves. Most often I bring home a doggie-bag, which, horrors to some, I enjoy for breakfast the next day! Weekend mornings typically consist of reviewing cookbooks and culinary magazines as we plan our Sunday feast and menus for the rest of the week. Before retiring in August 2017, I got home from work a few hours before Russ on weekdays, and acted as sous chef preparing all of the necessary ingredients. Russ used to take over when he got home — but now it’s mostly on me. Unfortunately, because Russ gets home so late, it is nearly 8:00 before we sit down to dinner. But this formula has served us well and is also flexible enough to change things around when necessary. And it’s not uncommon for one weeknight to consist of leftovers.

Our Langhorne home has less usable outdoor yardage than my previous Yardley house, but this was intentional due to aging and our desire for less maintenance. But what was important, was establishing an organic raised herb bed that also allows for a few vegetables such as tomatoes and green pole beans. Our yield also consists of basil, rosemary, oregano, chives, tarragon, parsley, and sage. Although I have to admit that when I started this blog in 2014, it was a dismal year for growing sage. After two attempts in the raised bed, we tried three more times in pots, but the sage died every time! Very discouraging… Luckily, in ensuing years the sage has proliferated.

And I can’t urge everyone strongly enough to create a compost pile if you don’t have one already. We put all of our kitchen waste (excluding meat and dairy) first into a compost bucket under the sink and then emptied into the bin, out-of-sight, outside. Not only do you drastically cut down on garbage, you create rich organic matter with which to enhance your gardening beds and pots. (Check out the blog on composting here.)

So thanks for joining us and we look forward to connecting with you over the years as we blog about something so near and dear to our hearts.

From our table to yours!
Lynn and Russ

Addendum 2021 — Russ is now also retired and it’s a pleasure to have him around to do more of the cooking (and planning) with me…. maybe I can goad him into doing more of the writing too 😉