Café Antonio in Morrisville sits just steps away from the Calhoun Street Bridge that crosses the Delaware River to New Jersey. A place we used to patronize on a more regular basis when I lived in Yardley, sister township to Morrisville. I know I blogged about it many years ago, but even I can’t find the post!

Well, nothing like the present. I’ll start with the obvious, parking was always an issue. But while we did get a street spot just steps away from their building, we did notice a new parking lot “above” with a staircase leading down to street-level. A promising beginning. And the old-world charm, complete with the historical Vespa motorcycle—a mainstay from years past—still greets you in the entrance. Plus holiday decorations adorned nooks and crannies in a nod to the season. 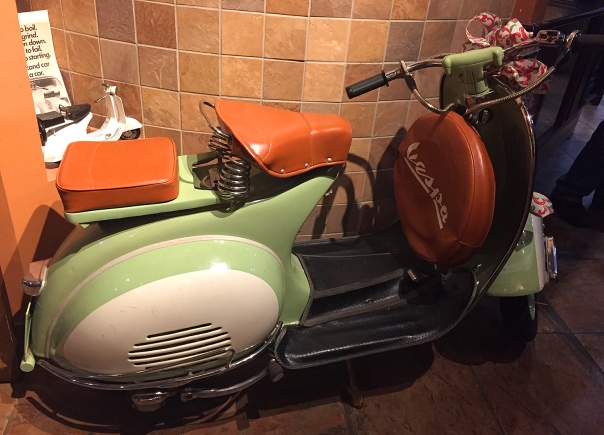 Once inside, the place was jam-packed, but we figured with reservations, we’d be seated promptly. Not so. It was a good 15 minutes before the hostess came back to show us our table. While waiting, we noticed that many other patrons were bringing in their own wine, yet we knew that Antonio’s now had a liquor license with a full-scale bar, when for years they were a BYOB. Once seated, our waitress Diane explained that they allow diners to bring their own wine but have a $10 corkage fee. Something to consider in the future…

After selecting a “Fat Bastard” bottle of Merlot (a night special), we concentrated on what to order. While there was a separate specials menu with a few listings, we began to notice that the regular menus each contained different appetizers. It became apparent when Russ began describing Julia’s Favorite Flatbread as a suggestion and I had no idea what he was talking about because it was not under my list of appetizers. (Diane explained that they were working on making them all the same—I should think so!) 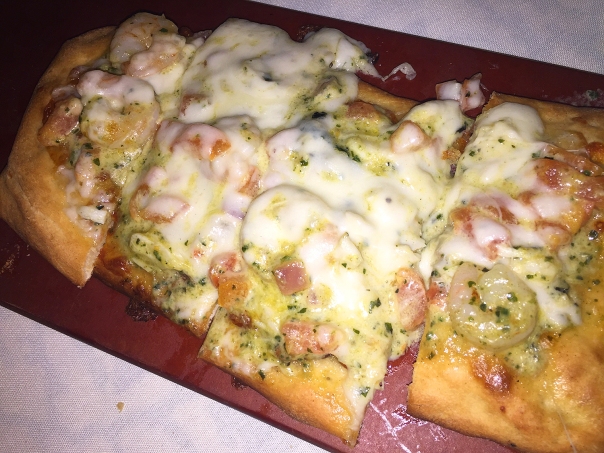 Well, we were in a seafood kind of mood that evening and decided the flatbread was calling our name. Julia’s consisted of a medley of shrimp, crabmeat, tomato, basil and red onions in a pesto cream sauce topped with melted mozzarella cheese. Wowser, it was good, and pretty filling to boot.

Our entrees came with side salads and Russ upgraded his to Maurizio’s Salad for a few bucks extra; I went with the regular house salad. Both were nicely chilled with crisp greens. 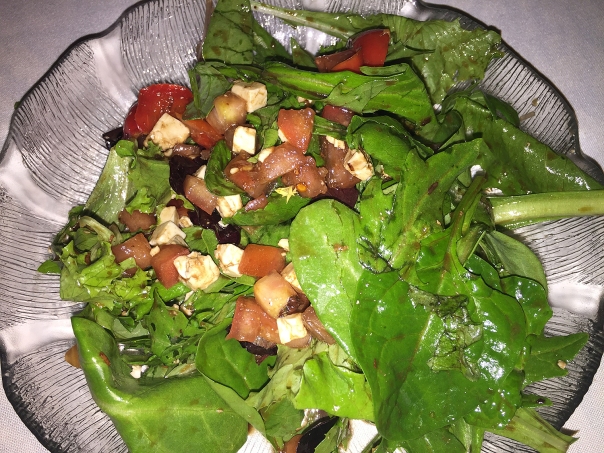 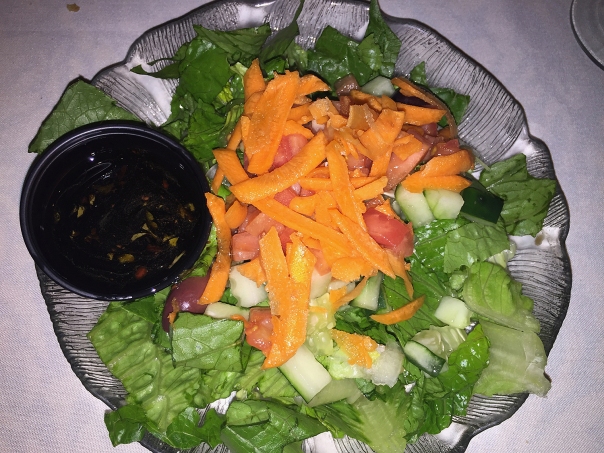 In a recent conversation with friends, “pasta purses” was a topic of discussion and we all agreed, they were impressive little morsels. Antonio’s still had them on their menu, so after some back-and-forth, Russ decided to go with their Seafood Pasta Purses filled with fontina cheese then topped with shrimp, crab meat, scallops and shiitake mushrooms all bathing in a creamy vodka sauce. He was not disappointed! 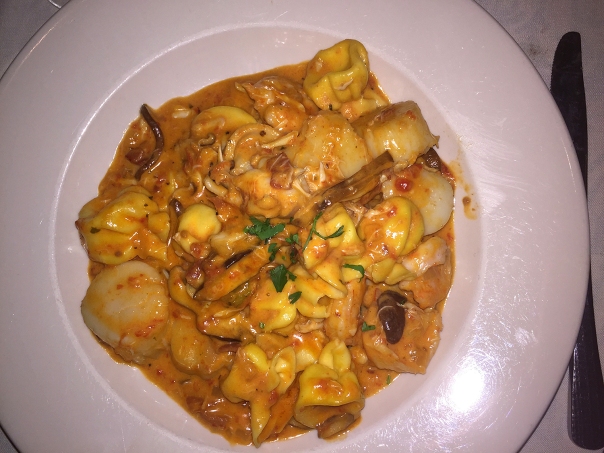 I pretty quickly zeroed in on Chef Chris’s Grilled Salmon. The hefty portion came plated with baby shrimp, jumbo lump crab meat, shiitake mushrooms and plum tomatoes in a light butter white wine sauce with seasonings. Both of our portions were more than enough, so we took home two doggie bags, each brimming with at least half of our entrees. 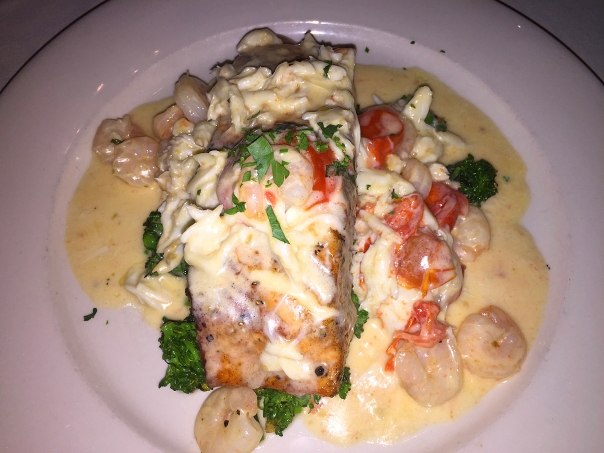 While our waitress was friendly and attentive, service was slow. But for a Saturday night during the holiday season, it was no surprise; and in fact, we rather enjoyed the leisurely pace. Other than the fact that the caliber of food was still top notch, we also gained knowledge into additional parking options and the possibility of bringing our own wine—although it pains me to have to pay a $10 corkage fee.

2 thoughts on “Back to an Old Neighborhood Haunt”